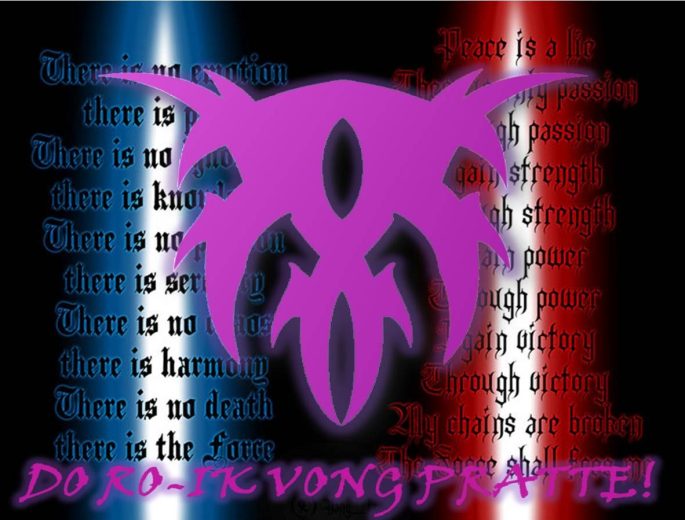 If you are a fan of the Yuuzhan Vong from Star Wars Legends Canon, these bullet points were created in 2009 and have been modified several times. SOME information comes from the Star Wars New Jedi Order (NJO) Legends Canon books. SOME information is from what we learned from our active roleplay (RP) in 2008 – 2013. We were forced to stop by a RAT.

We know some fans want to learn about the Yuuzhan Vong. Here our our latest BULLET POINTS. They are not written in stone. They are free to use and modify by fans who wish to use them. We have put a lot of research and best practices to them. But we make mistakes, too.

If you don’t understand something, we will be happy to explain in OOC terms.

Well, if you totally disagree and retort…

The thought was that the Yuuzhan Vong would be the antagonists and villains in the Sequel Trilogy. It was wrong.

How this group will run:

THIS GROUP CALLS THEM YUUZHAN VONG AND NOT VONG!

BECAUSE WHEN YOU CALL THEM VONG, IT DOES NOT TEACH YOU HOW TO HONOR OR RESPECT THEM!

TO BE COLLOQUIAL, IT IS LIKE THE N-WORD TO THE YUUZHAN VONG!

Vong means an orphan that the Gods have shunned which is worse of the worse in their culture. So never call them one unless you want them to fight (spelled cut you when we pretend).

If you cannot write the words “Yuuzhan Vong” – call them YV’s.

Other pages that are not a part of the Star Wars Actors Guild 77 (SWAG77) are absolutely clueless on HOW TO portray them.

Those who have tried, have failed because it involved in depth knowledge of religious fanaticism and faith.

We want to show Star Wars fans the possibility of biological technology, BIOTS, that the Yuuzhan Vong use. The biggest reasons why fans do not like the Yuuzhan Vong is because they cannot imagine a “living ship” or a “bioship”. If it happens in real life, then it can happen in fiction (with tweaks).

Moreover, Yuuzhan Vong Language lessons are important when we publicly portray Yuuzhan Vong ideas. We should be able to use words for our ideas.

We want to go crazy like the Yuuzhan Vong and then strongly religious words that question toxic fans very beliefs in Star Wars. For instance, what about the Force?

Supreme Commander Nas Choka said, “The Force is just an idea, and to defeat an idea is to come up with a better one.”

In another book, Warmaster Tsavong Lah said “All the Force is sorcery and parlor tricks”

They say that because they are Force Absent or what Lucasfilm claims as Force Immune, and that is why they do not like the idea of the Yuuzhan Vong.

But Force Absence is a plausible idea because it exists in real life in the concept of Dark Matter in space.

Of course, all Star Wars fans want to kick the asses of the Yuuzhan Vong and defeat them severely. But there are very specific ways it had to be done in the literature. In general, it took a PLANET to stop them. There was a heinous drug, Alpha Red, but it digested them like “Agent Orange” and “Black Salve” — but see, the Yuuzhan Vong get off on pain, so, that’s not effective.

How can they be defeated in the Force? You had better be a very good user of the Force. Be strong in the Force. It takes unbelievable amounts of Force powers to take them down. And every Jedi who used powerful forms of the Force turned to the Dark Side if they survived a battle against the Yuuzhan Vong.

Now, with that said, Sith can beat them, but that fight is ALL DAY. Maul in a Legends book came across one and did beat him. But look how evil Maul really is. He kills babies without a thought.

Palpatine could beat them if he came across one or a few of them.

Vader would not survive a outright Yuuzhan Vong attack.

It requires deep Dark Side powers, such as a Thought Bomb to beat the Yuuzhan Vong through the Force — the Dark Side of the Force…

But in our fanfic headcanons, we have a way were Dark Side users would not want to kill Yuuzhan Vong and they are very underhanded — it is evil. Very evil.

And that is the purpose of this group, to learn how to portray or support the ideas of the Yuuzhan Vong and discuss how to defeat them.

Besides, where were the Sith during the Yuuzhan Vong invasion and war?

I was told my story was too violent and should not read.

It’s real put into the Star Wars universe before Disney and has the Legend Yuuzhan Vong.

It is about the “Mother Jedi” trope. My character, AUSET LAH, is a lost padawan enslaved by pirates on an unknown planet. By the time she becomes an adult, she is labeled as a breeder. But she avoided being bred until she was caught and pilloried to be beaten by a knout as an example to the other slaves.

While beaten by the orange overseer, a squad of aliens witness the pain on AUSET that only a goddess could withstand. It was by faith that they saved her and took her to their synod.

She is the first Jedi youngling they captured for study.

But this time it was…

This fanfic is from 2009. It is about Star Wars Legends characters, the Yuuzhan Vong and their attempt to integrate and adapt to the new galaxy — pre-invasion. But slowly, the Domains (great families) were getting anxious about living on their Worldships, large sea star creatures the size of a planet and all YV ships are living — and getting old and dying.

The concerns were if they did not terraform enough planets, they would die. Moreover, to find their heaven or nirvana planet, which was the one promised by their chief deity, Yun Yuuzhan who send his seed from their galaxy, the planet Yuuzhan’tar, they could not enter this new (SW) galaxy. A few Domains did not care that they had not found Yuuzhan’tar. So, they started to shape “dirtball” planets, like Rhommamool and Bimmiel. Planets that had too much technology on it were destroyed and broken into pieces to grow their living starships, like Serpindal and the Dobido moon. They would move planets from vacuum to ecological wonders. But the cost weighed in on the Force. And Force wielders sensed that even though they could not sense the Yuuzhan Vong.

It never chalked up to changes in astrometrics. Astute members of the galaxy realized the changes sensed by the Jedi, and then by the Sith were results of deliberate acts. But no civilization in the galaxy was powerful enough make those changes except the empires of old and powerful Force wielding entities like the Mortis gods. The movements were far outside the Force as reported in the Unknown Regions, Wild Space and Outer Rim and mostly primitive cultures, except the Chiss Ascendancy. 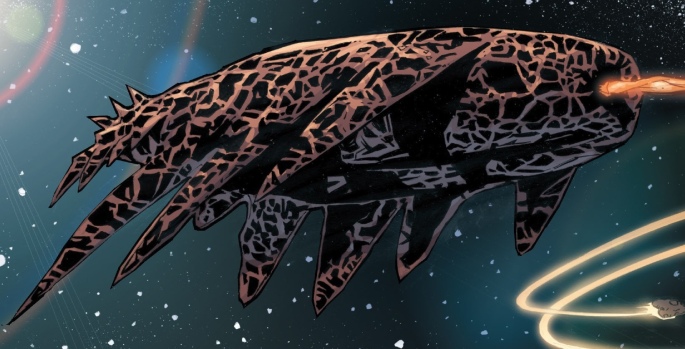 During the supplicant war called The Clone Wars: Hajj Praetorites met JEEDAI. They say their plasma blades with unlive metal casings as their wield it with their blasphemous Force. They tried to use it on our Vonduun Skerr Kyrric (crab armor) but it failed though our skin can be cauterized. More for the blessed pain — HROSHA GUL 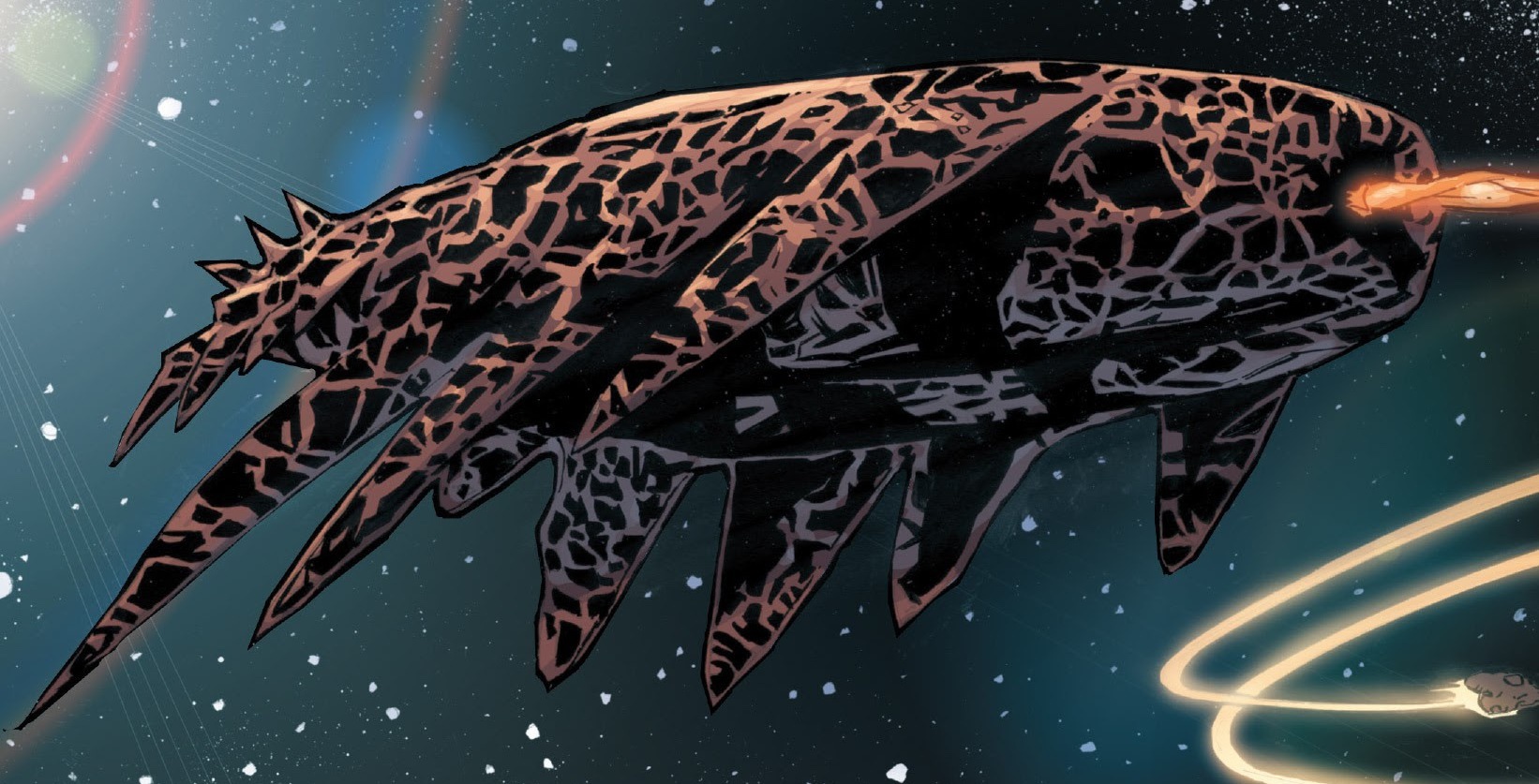